CS Network 2017 — the annual meeting of representatives of the Ukrainian and international companies of the financial and IT-sector who have a desire to achieve high business performance by using latest CS solutions.

Business program of the conference included speeches, plenary meetings and round-table discussions enabled to sum up the results of the year, discuss the future prospects and experience in actual problems solving.

The speech of CS Ltd management opened the fourteenth CS Network conference. Oleg Vyazmitinov and Andriy Boychuk greeted the audience, announced upcoming events of the conference and summed up the results of company’s activity in 2017.

Delegates from partner companies — HPE, Oracle, ERC and Cisco also welcomed the participants of the conference. 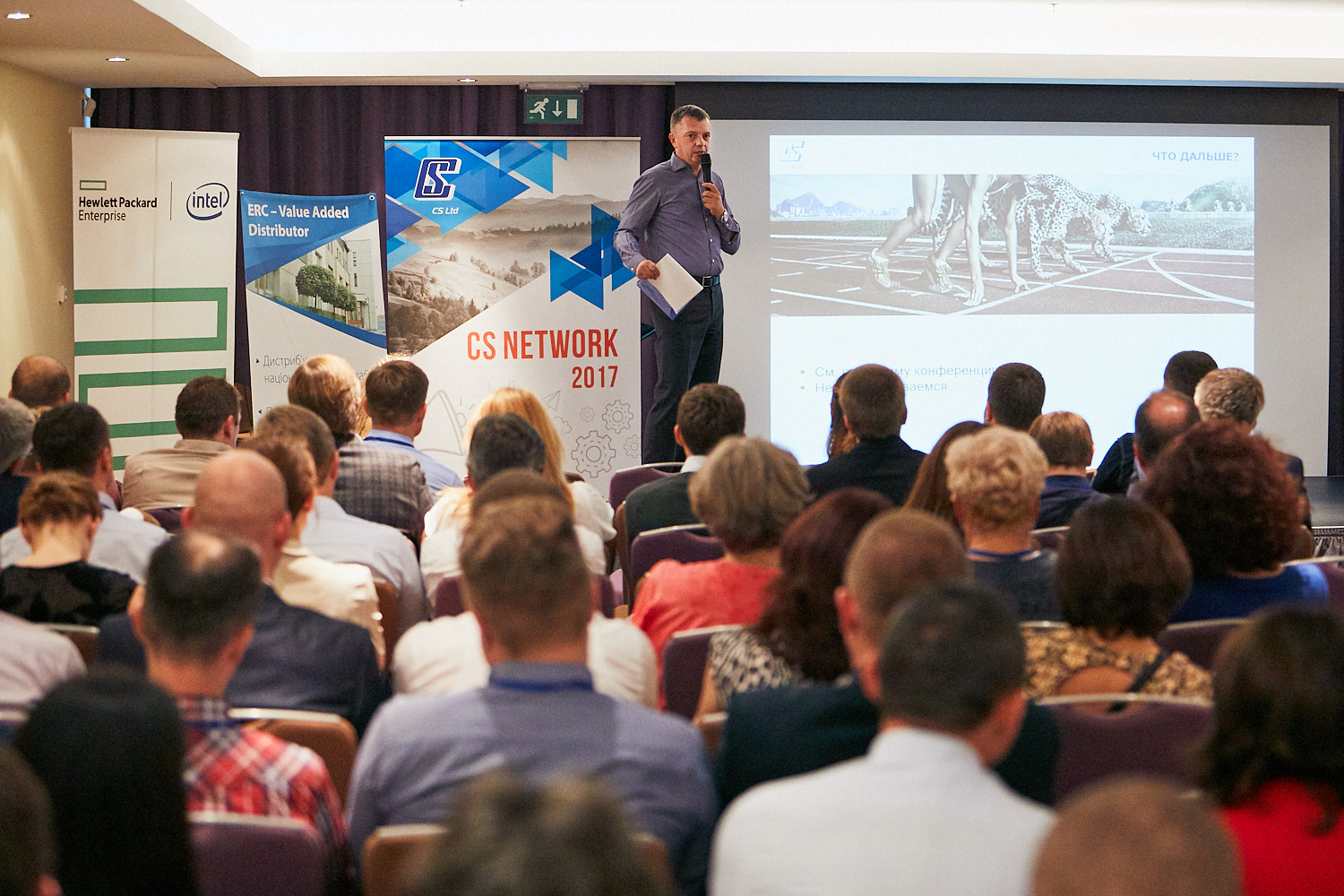 Andriy Chigarkin, IT security  expert was a special guest of the first day of the conference.  Andriy has been working on the market of auditing and consulting services for more than eight years. There are many well-known international companies among his customers. In his speech, Andriy told about main tendencies in information and cybersecurity and about the ways to better meet modern threats.

Entertainment part of the conference changed the business one. The thematic dinner devoted to cuisines of Ukraine, Moldova, Uzbekistan and Vietnam – those countries where CS solutions are presented as well as culinary quiz games and master class on Hutsul banosh preparation was prepared to the audience.

The highlight of the evening was Marta Adamchuk performance, the finalist of the “Voice” song contest. 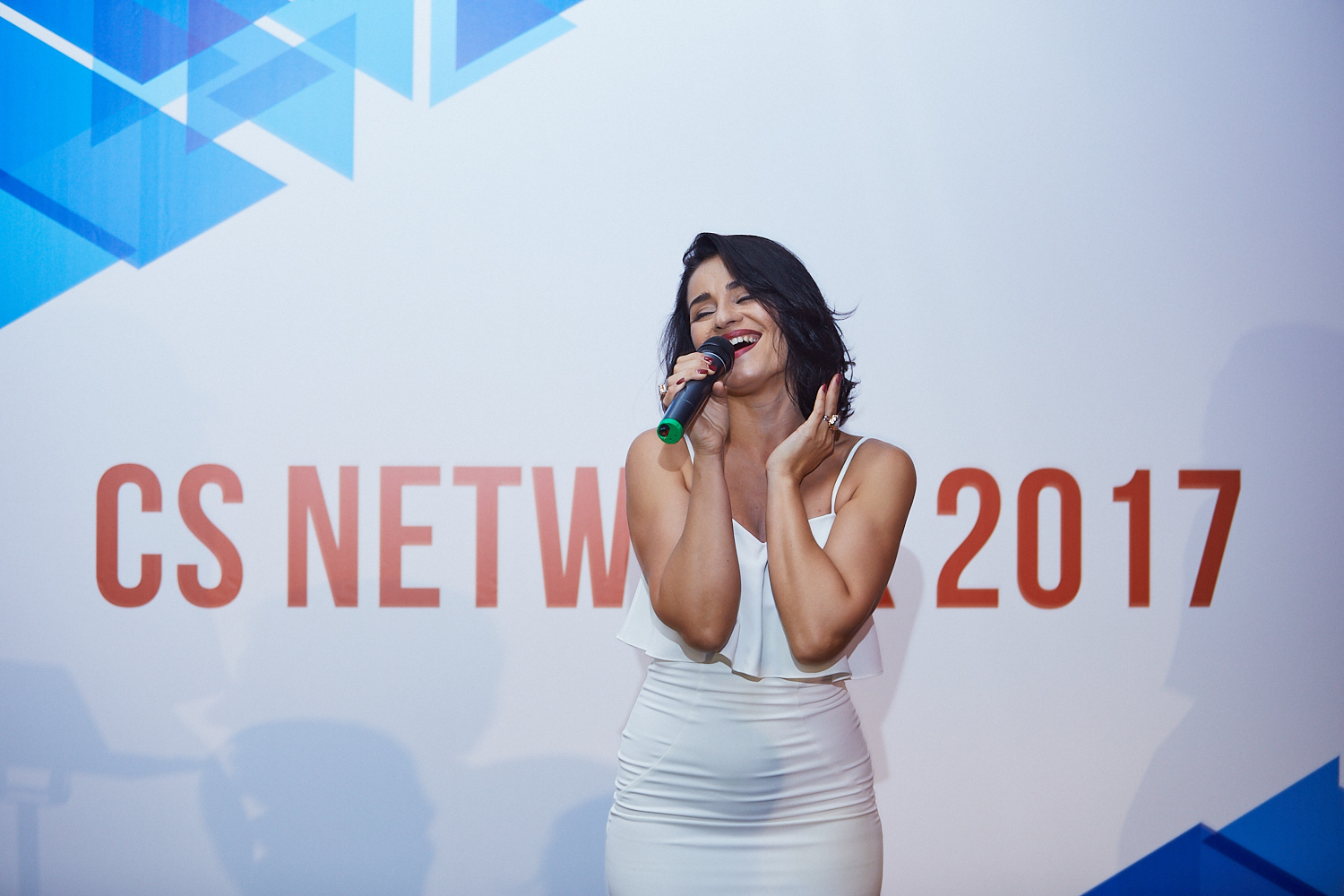 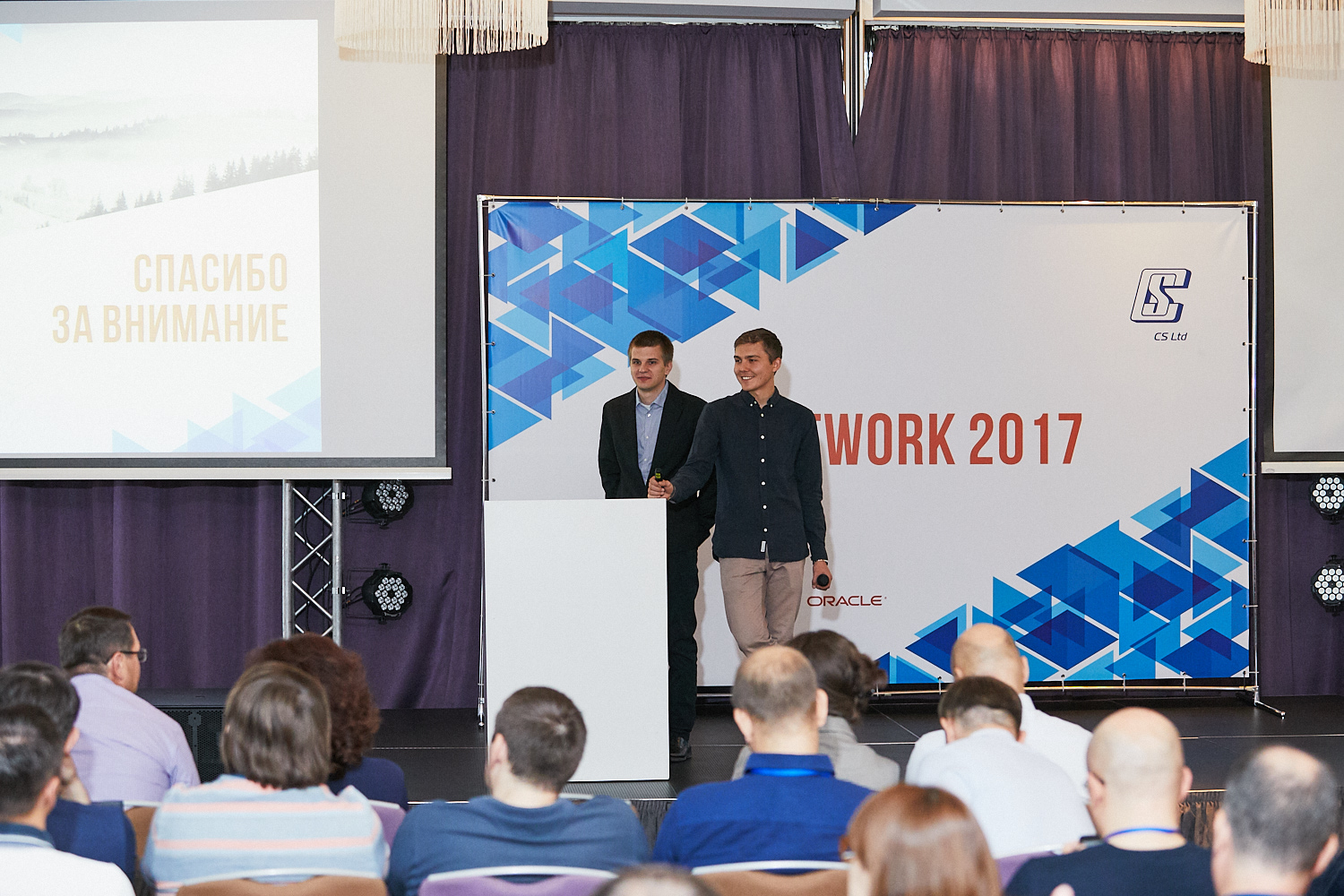 Delegates from Sberbank shared the story of the CS and Sberbank common development that lasts more than eight years in their report “Growing together”.
The most promising solutions of world IT industry’s leaders were announced within the bounds of the conference’s partner block. 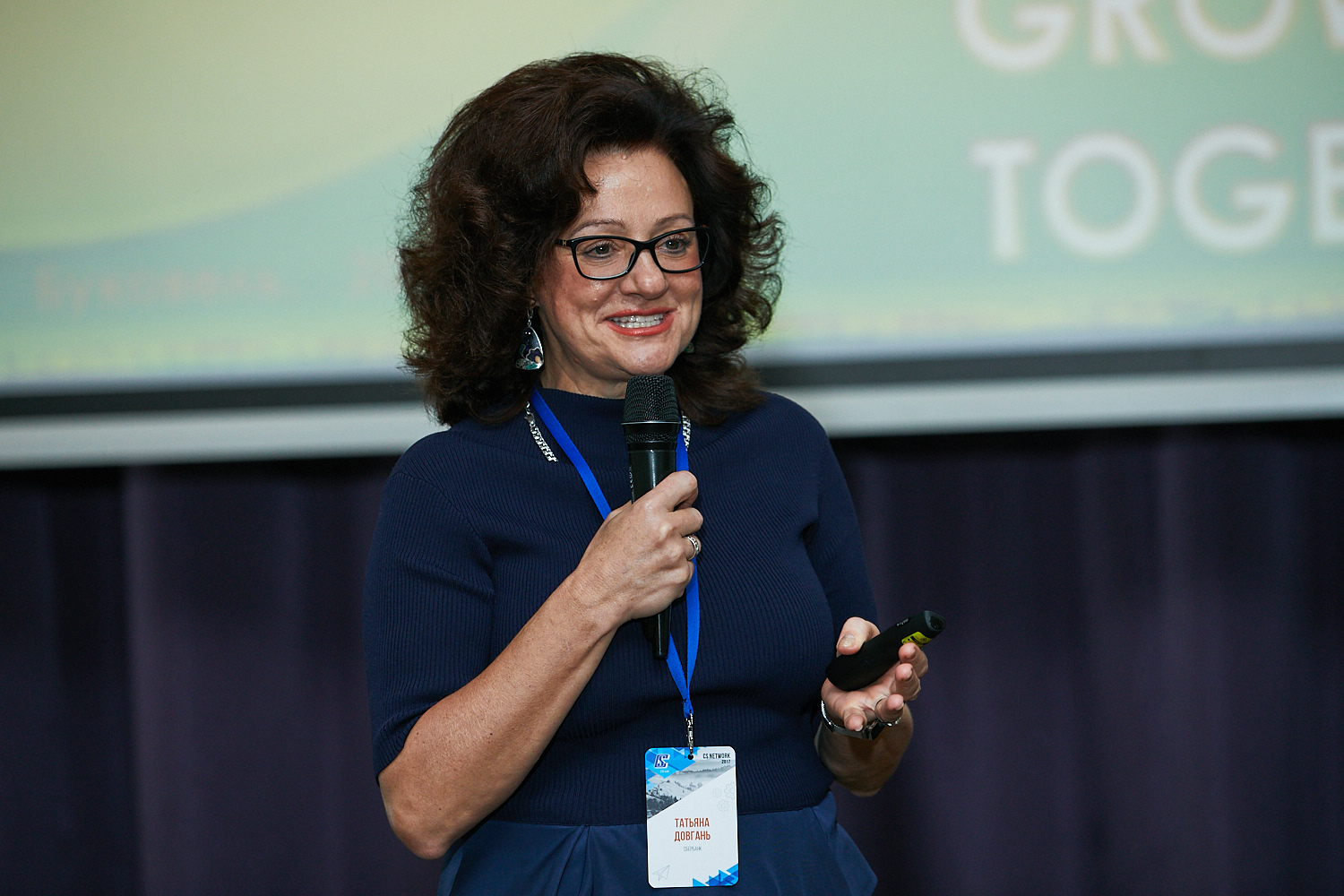 The final theme was a session on card business line development. CS analysts talked about B2::Cards module functionality and integration with the processing centers.

First part of the third conference day was devoted to CS joint projects with such companies as DiPocket, EY and others. A number of themes on iFOBS online banking development were also discussed. Among them secure channel organization for electronic documents exchange between the bank and its customers by means of iFOBS.DocUpload solution. 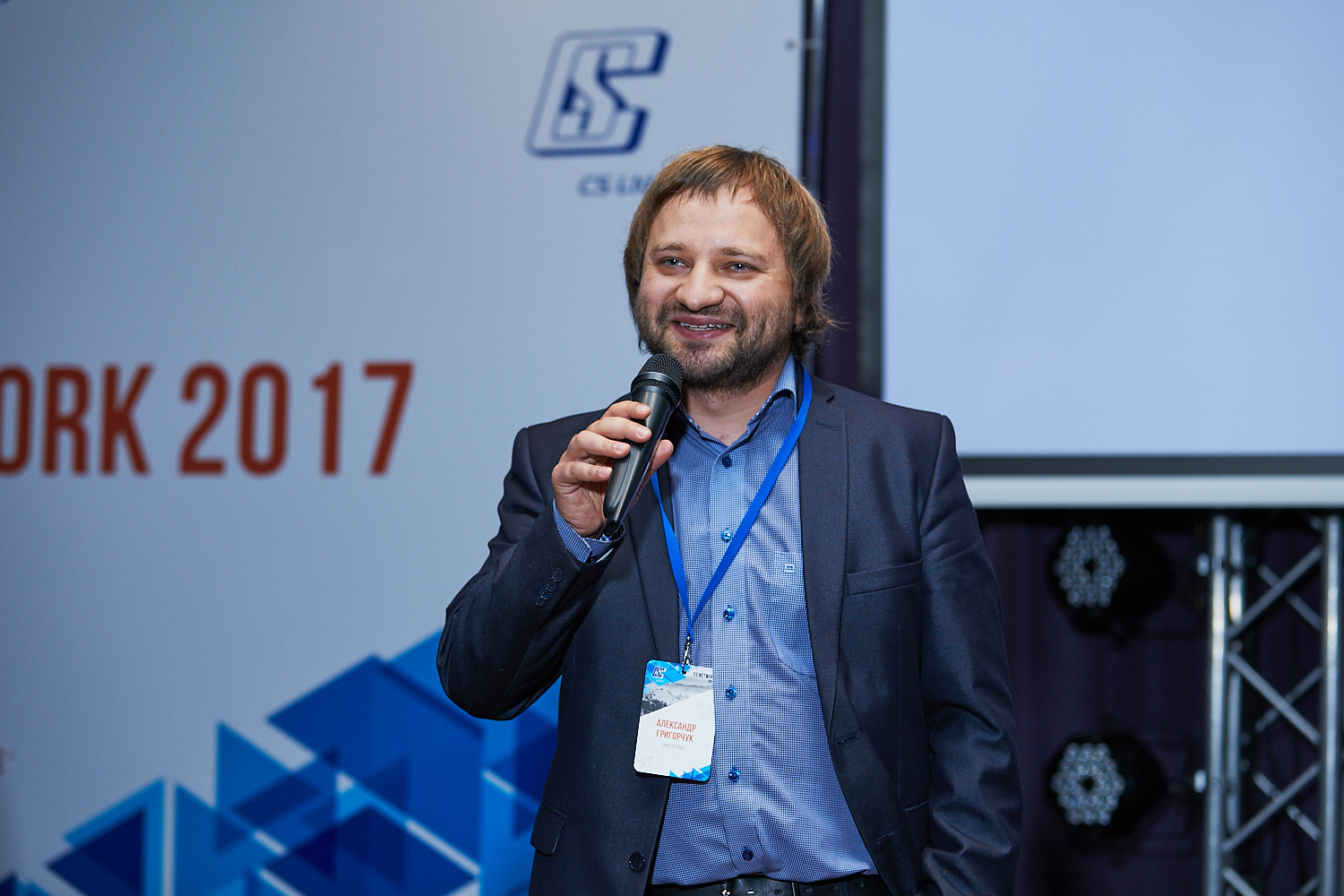 Lyubov Kvach, CS analyst entered the final day of the conference with a report on transition to IFRS9. Conference participants discussed a chart of accounts and accountancy in CBS B2.

Round table themes devoted to automation of regression testing in banks and the CBS B2 integration with government regulators provoked a high interest of the audience. 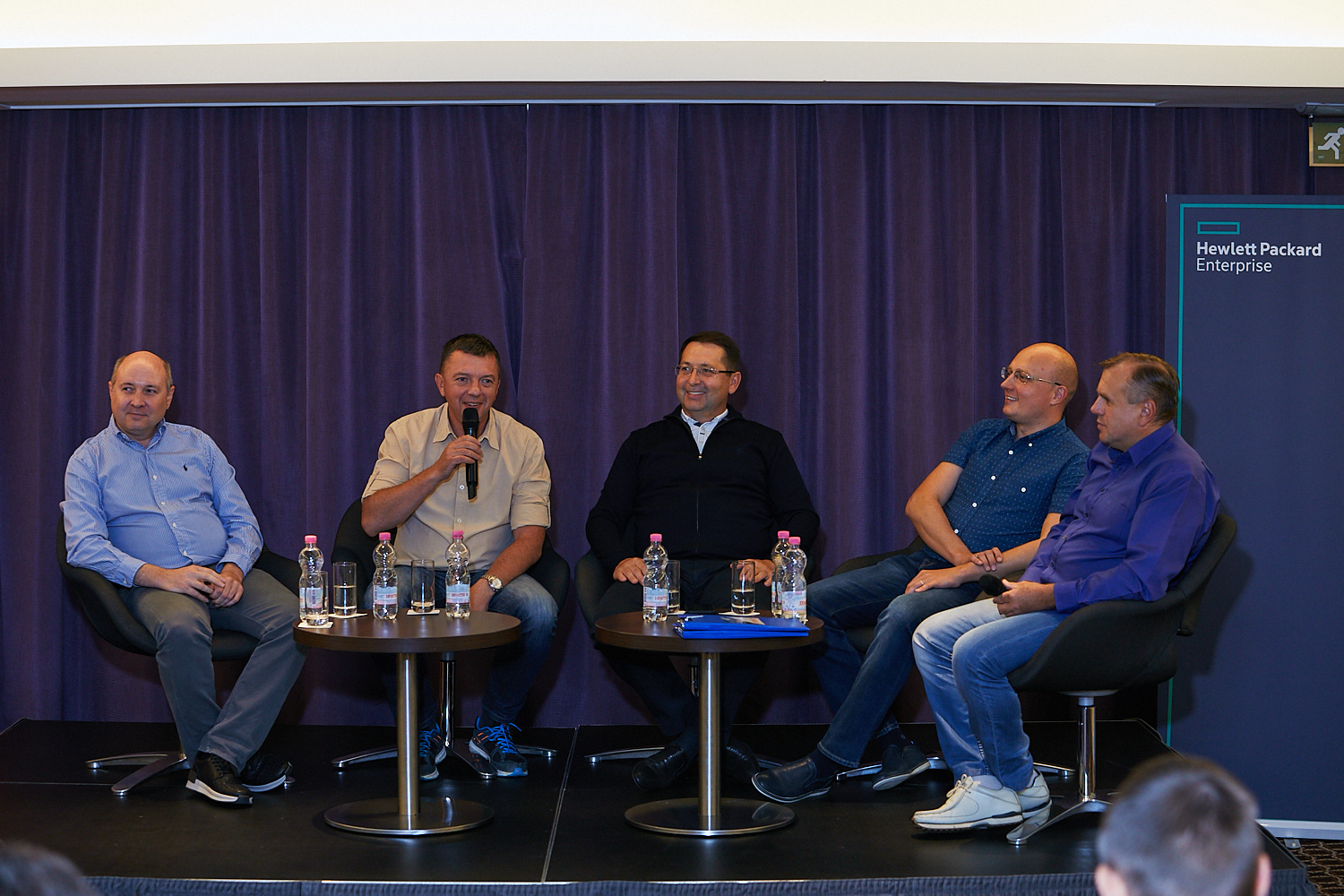 A panel discussion on requirements dynamics in banking automation concluded the business part of CS Network 2017. Delegates from Kredobank, Sberbank, Forward Bank and MD Finance took part in the discussion and Andriy Boychuk, director of the CS Ltd, moderated it.

Gala evening devoted to the 20th anniversary of CS Ltd was opened by Oleksander Bozhyk, Ukrainian famous violinist, the finalist of “Ukraine has a talent”, “One Minute of Fame”.

Hosts of the evening – Andriy Domanskiy and Taras Shpira entertained the audience with the sparkling humor and contests on knowing CS history facts.

Headliner of the evening was TIK Band.

(all fields are required)

We received your request

We will be in touch shortly to continue the conversation.
Thank you for your interest!